How to "Make Time" for your dream project ?

We carry a dream in our hearts.

We cuddle that dream occasionally in the hustle-bustle of life.

This dream may be an item on the bucket list, a trip to take, an article to publish, a book to write, or a venture to launch.

But we don't find time for it. It gets lost on the back burner.

And it never reaches the front seat.

How do we "Make Time" for our pet projects, bucket-list, articles, books, or ventures?

Often answer boils down to better "productivity" or "time management."

Long back, I attended a myriad of time management sessions.

And now, as a teacher and trainer, I teach/talk about time management right from MBA students to professionals and executives.

"Productivity" and "Time management" are the sine qua non of every development workshop and intervention. And as a book-lover, I have read sizeable literature on it.

At one end, some experts may tell you to split the day into 15 min or 30 min intervals- a perfect epitome of micro or nano management. At another end of the spectrum, experts claims, time is unmanageable. Time is uncontrollable - instead, manage your energy. And in between two extreme ends, there are a lot of self-help books like

But most of these books are written in the non-internet/non-mobile era. This era has made us "always connected" and hence "always distracted." The issues are well discussed in few books like

Either you read all of these books and make sense of your problem in their prescription. 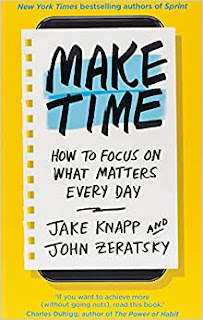 "Make Time" - has a straightforward argument. However, it has not cited all these books (Few are). It certainly is mindful of ideas and tips from all of them.

It boils down to them in a simple system that can easily apply to whatever your project is. The system has just four steps.

That's it. The book is full of tips and techniques (actually a total of 87 tips).

This system roughly looks like the one in below one-page summarized sketch. [One more such one page summary is here]

I have started including the content in my sessions and workshops. Being repeatedly useful, I gave it Five Start (5 * ) on Goodreads.

Book is easy to read, accessible, and worth your desk/library/collection.

Paperback or hard-cover copy is highly suggested - it has an excellent design with simple sketches to explain the points.

So go and grab a copy before you embark on your dream. 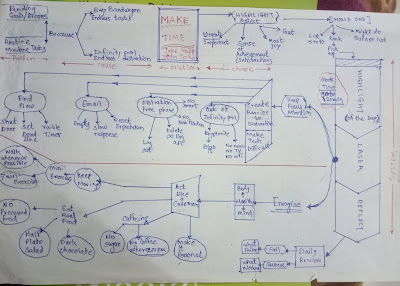 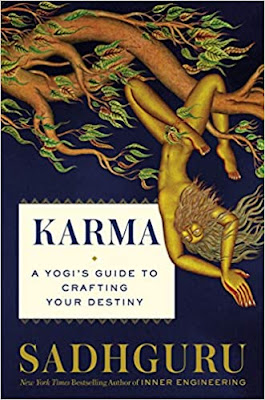 Here is a quick background of how this title became a top contender for the October book-of-the-month.

Two members bought this book and posted covers in the WhatsApp group. It prompted a third member to send a request for this book as "book-of-the-month." We circulated messages in the group. The announcement resulted in 26 members signing for this book. Twenty-six members are much more than our active members, almost one-fourth of our total members. Hence we confirmed this to be Book-of-the-month.

As we have an overwhelming response for this book, some of the things that we have planned for October are:

Sounds exciting, isn't it! Get ready for the learning journey.

For those who wish to dive deep into this topic. Few more resources.

Feel free to comment or give feedback. Do add your resources or pointers.

In The End, What is Success Really?

Just look at few scenarios below.

1. Ph.D./FPM/Doctorate in Indian universities takes 4+ years; some schools may take 7+ years. I have seen sizable cases with even 10+ years. And you can't put a dollar value on the efforts of a doctorate student. Often it is labeled failed!

For example, a lady thinks it is useless, hopeless, and non-sense to spend time on this, mainly when you can't gain anything from it!

2. Competitive exam like UPSC. My friend struggled for many years. Finally, for supporting himself - he started UPSC classes, and his students passed. He too passed, I think in his last attempt. Though now a director-general, but was labeled failed. Many such cases, who couldn't succeed, were marked failed.

And he, too, used to receive unsolicited suggestions of getting back to life by joining somewhere.

3. Olympic player, say a runner. What if he comes forth by a fraction of a second and couldn't win a medal. What shall we call them? (Remember Golden Girl P T Usha).

4. Novel business idea, brilliantly executed too, but couldn't succeed may be due to Corona all over! what will you call him.

5. Think of an IT project. What if an account manager couldn't sell it to a prospective client even after a lot of effort? What shall his seniors call him?

In general, whatever your answer is, they are labeled failed, unsuccessful, and even mocked and scoffed at!

If you read "Old Man and The Sea" by Ernest Hemingway, your view of this will dramatically change.

I read it 3 to 4 times, and in the last round, I read its Marathi translation by legendary P. L. Deshpande (Pu. La.).

It's a tiny book in size, called a novella. Just around 100+ pages, a single sitting read. But note - it is legendary Hemingway's Nobel-winning work, also awarded Pulitzer prize for fiction. 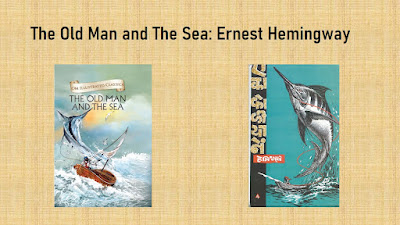 Whenever I asked readers, was the Old Man fail or Success.

Everybody said no, he wasn't a failure and even vouched for him.

It is a story of an older man who couldn't catch a fish for eighty-four straight days. His only companion, a boy, also had to leave him under family pressure. And in his latest round, he caught a magnificent colossal fish but couldn't make a single penny out of it!

So what do you call him fail or Success!

When asked in group, class, or one-to-one, everyone says he isn't a failure.

But such well-meaning, educated people those who cited above often label efforts as fail? Why so?

Does Success has to be objective? And one shall measure only in dollars and Rs?

How would humanity have been, and where would it have been - if everyone placed a dollar value on Success? I am just thinking loudly.

Anyway, I highly recommend this book.

Not only for its this value but also its beautiful characters, drama, lucid writing. No wonder multiple movies also have been made on it!

Now I am pursuing my teenage daughter to read it.

I feel it should be required reading for every school!

So do pick it up if you haven't yet read it! I gave full five stars to it!

Santosh Sali
I am Organizational behavior doctorate, a convert from corporate to academia (and somewhere in between). This blog chronicles my learning journey.